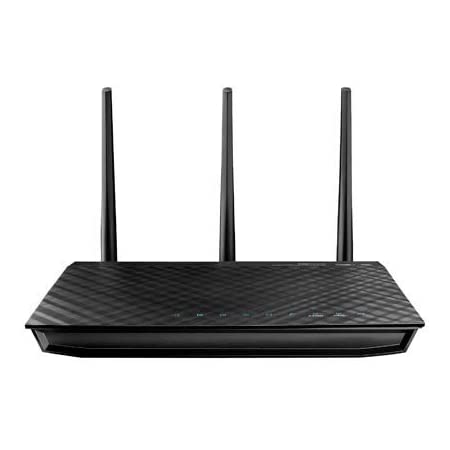 The RT-N66U dual-band router from Asus brings a wide range of advanced features to your Wi-Fi network. You might want to give it a try to enhance your home Wi-Fi’s performance. But, like all router models, the RT-N66U gives you certain reasons to buy or avoid it.

So, you might want to take a look at its features and consider its pros and cons. Go through our Asus RT-N66U dual-band wireless N900 gigabit router review to know what it has to offer.

The latest router models from Asus are much more complex than older ones. But, they are quite easy to use despite that. Here are the most significant features of the Asus RT-N66U wireless N900 router.

The RT-N66U has a simplistic look with 27.94 x 35.56 x 8.89 cm. You can choose between black, white, and grey colour options on this model. It comes with three adjustable and detachable antennas which are placed at the rear. The rear panel also features four LAN ports, as in most home routers.

Unlike some other Asus routers, the RT-N66U has both USB ports on the rear panel. Apart from the reset and Power buttons, this router also has a WPS button. Nine LED lights indicate power, LAN ports, bandwidths, internet, and USB ports.

The Asus RT-N66U is powered by a Broadcom 470 processor. It has 256 MB DDR2 RAM and 32 MB of flash memory. Apart from that, it also features a micro SD card slot.

Like all other Asus routers, you can set up the RT-N66U through the web-based interface. So, you can also log in to it easily and make a wide range of customisation to the network.

The interface of this model is very easy to navigate through. Moreover, you need not rely on the UI alone to set up and monitor this router. You can also use the Asus Router App on your Android or iOS smartphone for that.

The management features include a traffic monitor, system log, network monitor and performance tuning among others. These are very helpful in maintaining the performance of the router.

Being a dual-band router, the RT-N66U features 2.4 GHz and 5 GHz bandwidths. And, each of them offers you a speed of 450 Mbps. This router allows you to use both bands simultaneously to get 900 Mbps with the latest communication technology. So, it provides you with a much faster wireless performance than its predecessors.

With MIMO technology, this router can send and receive multiple data streams. And, that assures better performance than routers that do not have this technology.

The wireless connection can fulfil most of your home Wi-Fi needs. But, that does not mean you have to rely on it alone. The Asus RT-N66U can offer you a high-speed ethernet connection with its Gigabit ports. These ports allow a much faster data transfer than regular ones.

Not only that but they also offer you a much more reliable connection. So, you can expect seamless streaming and gaming performance while using the LAN ports.

The USB ports are a very important feature of the Asus RT-N66U dual-band N900 router. After all, it adds many functionalities to the device. So, the RT-N66U can do more than create private networks or connect to the internet. You can also set up a printer server on it. However, your printer should have USB functionality to do that.

Apart from that, you can also use these USB ports to connect external drives and share files. So, it can act as network-attached storage (NAS) as well. You can also connect a modem to the Asus RT-N66U for sharing cellular networks.

The latest router models often come with multiple operating modes. And, you can expect this feature to be more common in the upcoming routers. As for the Asus RT-N66U router, you can also use it as an access point. Some Asus routers also allow you to use them as extenders. However, you do not get that feature in the RT-N66U.

You can change the operating mode by going to the router’s web interface. Apart from that, you can also simply do that using the Asus Router app. So, you can easily change between the two operating modes on the RT-N66U.

The Asus RT-N66U comes with advanced security features to protect your router and connected devices. You have a wide range of encryption options to choose from. They include WPA-PSK, WPA2-PSK, WPA-Enterprise, WPA2-Enterprise, and 64/128-bit WEP.

You can also set up port filters, MAC filters, and intrusion detection, among other measures. The RT-N66U dual-and router also comes with an in-built PPTP VPN server. You can set it up in a few easy steps using the web-based UI or smartphone app.

Moreover, you can also set up multiple guest networks on this router. Want to filter the content available to children? Then, you can set up advanced parental controls through the interface or app.

You might find several advantages and disadvantages in the Asus RT-N66U based on your requirements and preferences.

So, it is very important to consider them. Here are the main pros you would find in the RT-N66U:

As for the cons of the Asus RT-N66U, there is only one:

The RT-N66U is surely among the best dual-band routers from Asus. It can easily fulfil regular Wi-Fi performance requirements for most homes. But, you must note that it is not a high-end option. Other than that, the RT-N66U has a lot to offer you at a fairly reasonable price.